An ex-captain who is tracking down her stolen ship

Eight years ago, Huang Ao Nu allegedly disabled the m-drive of her Free Trader in order to steal a transport job that she was hired for.

Unable to pay for the repairs, she borrowed money from Yunjim Kang. Unfortunately, business slowed down to the point where she could not repay her debt in time, and so the Family claimed her vessel as compensation.

She had been grounded ever since that day, but eagerly looked forward to returning to space when the colonization fleets were announced. Little did she know that the cause of her misfortune would also be in the fleet.

Captain Rong met with her during the awards ceremony and offered to help her reclaim her ship from the Kangs… she agreed to this plan and led the good captain to Kang’s new hideout, where they failed to kill him…

After a brief period of time held captive by Jinsu Kang, a time she refuses to discuss, the captain rescued her and killed the notorious gangster in the process.

With an offer to join the crew of the Lexi Belle on the table, she was considering the future until Captain Rong committed suicide in the depths of space… now, as partial owner of Lexi Belle, she doesn’t know what to do. 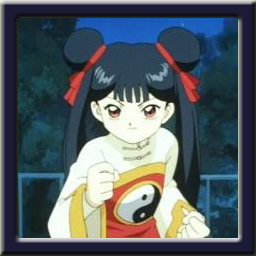